The Making of the Soundtrack: Steps On My Own

The Soundtrack: Steps on My Own – with ANAM and MYO

Steps on My Own was recorded and performed at the Australian National Academy of Music in November 2016. It was written and performed by Chrissie Ale (2016 Winner of the Noel Tovey Emerging Artist Achievement Award ) and Jessica Kei, amazingly talented young musicians from Robinvale, Victoria. They wrote this song with the support of MC Julez during a previous project, delivered by Phunktional in Robinvale.

Originally an R&B song, Steps on My Own was arranged for orchestra by Carl Polke,on behalf of Phunktional, and performed by community members and young artists from Robinvale, the Australian National Academy of Music (ANAM) and Melbourne Youth Orchestras (MYO). 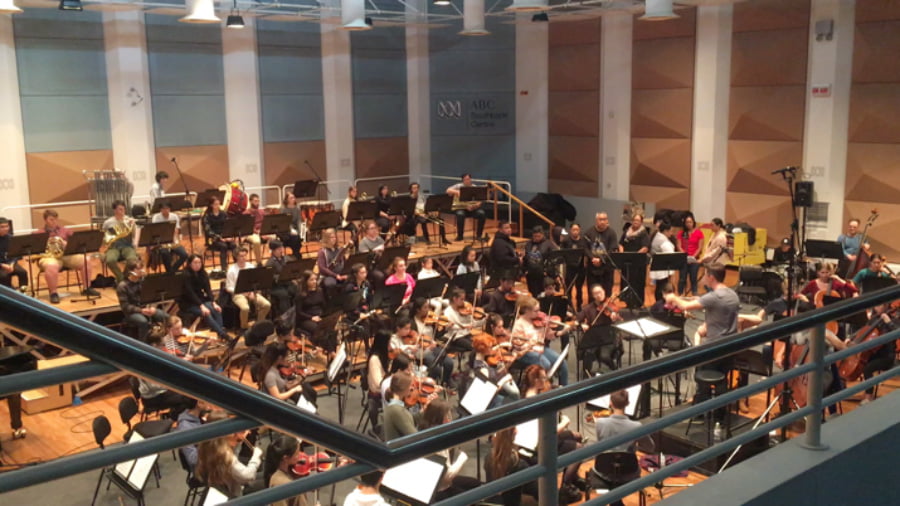 Community members and emerging artists from Robinvale recording with ANAM and MYO, Melbourne, 2016