« Back to The Second Story

The show, A Touch of Grace, was the central element of four fantastic nights of entertainment that celebrated local women, and featured performances by local emerging artists from diverse cultural backgrounds.

This tour would not have been possible without the invaluable support of the local community, and local organisations, including:

A big thank you to the many, exceptionally talented local artists that were involved:

With recommendations from our local Reference Group, Flyers for the tour were translated into 9 different languages. In total, 11 flyers were created for these events with the help of Adriana Bernal (our graphic designer), local translators and a translation service. 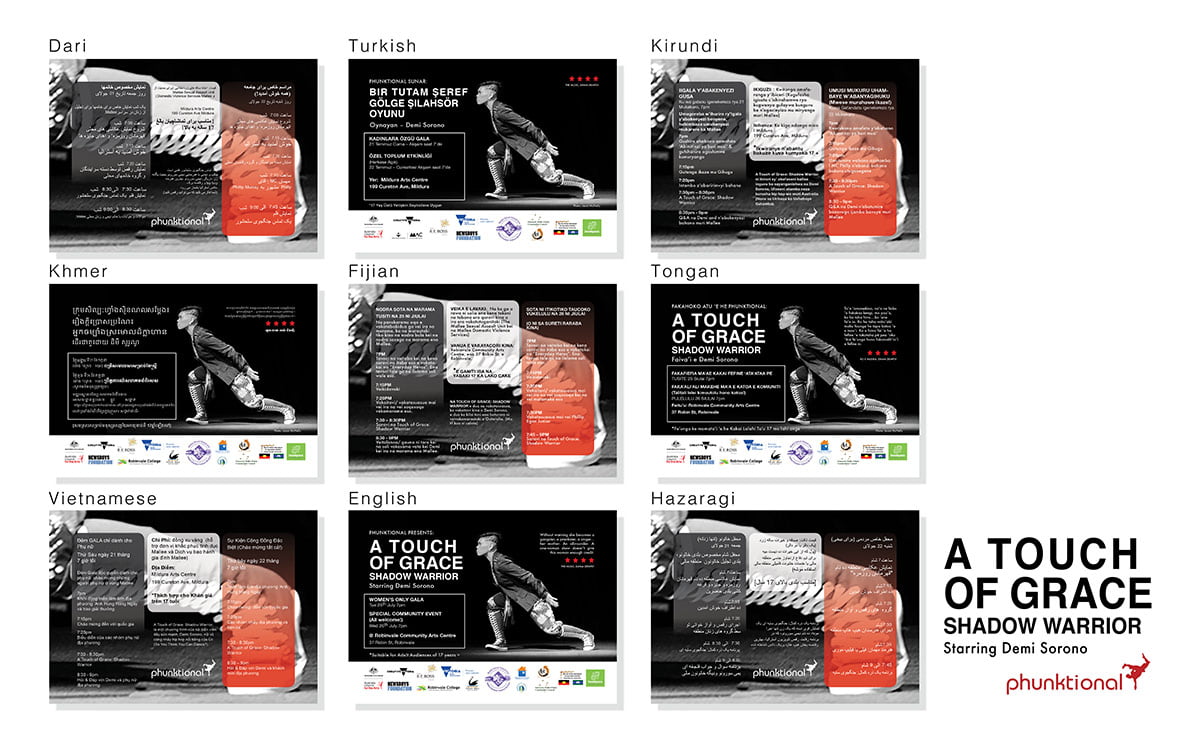