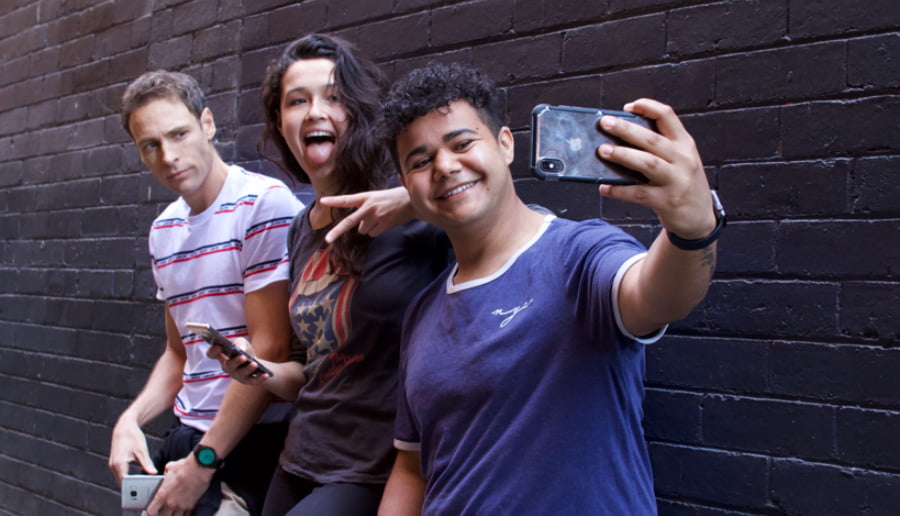 The e-safety commissioner conducted a nationwide survey that found 94% of parents rated online safety as “one of the primary parenting challenges of our time”. One in five children have experienced cyber-bullying while one in 10 adults have experienced image-based abuse. The suicide of 14-year-old Katherine Dolly Everett in January 2018 shocked Australia.

When Tanya texts one of her friends a very personal picture, she isn’t expecting the whole school to see it too. #POINTS  is the new version of “Who Stole the Sole” an award-nominated performance around issues of e-safety and sexual consent.  It incorporates real-life cases and the latest emerging technologies. Through rapping, singing, break-dancing, jokes and an overall action-packed play, young people from year 7 and up will explore different ways to maintain healthy and safe relationships in the ever-changing environment of the digital world they inhabit.

Phunktional’s #POINTS empowers and teaches young people about the complexities that exist between new technologies, their behaviour and the legal implications that might arise from it.

“We were impressed by how much the students took in. We especially liked the promotion that everyone has private stuff, that is your choice if and when you disclose. The finale and discussion of the legal consequences of sexting we thought was extremely valuable”
Dr Virginia Dods, Office of the Child Safety Commissioner

“The performance was totally engaging for the audience and was executed skilfully by the actors with the messages being very well delivered and received.”
Inspector Dixon, Victoria Police

“Young people are engaged in more help-seeking behaviour following #POINTS, which is a credit to the research and effort Phunktional put into their performances”
Melanie Hayward, Student Wellbeing, Sunbury College 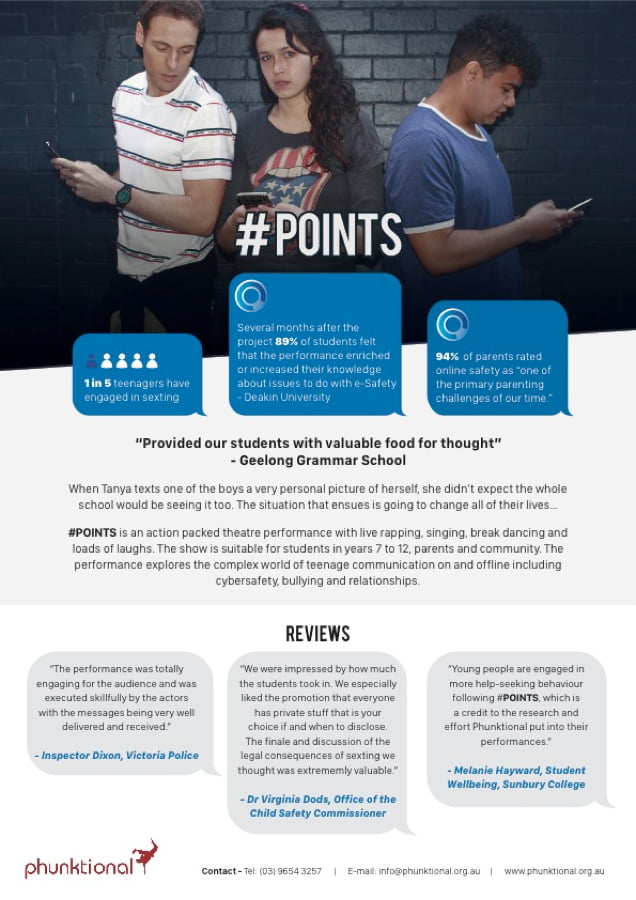